Effects of Drugs and Alcohol in the Workplace: Safety and Impairment

Here are four strategies employers can use to address drug and alcohol abuse in the workplace and keep employees safe on the job.

There was a time when you could ask prospective employees to complete a drug test and, if it came back negative, assume that the potential new hire would be capable of doing his or her job in a safe and unimpaired manner. Unfortunately, it’s just not that easy anymore.

Today, individual states are enacting their own marijuana usage laws, a national opioid addiction problem is in full swing and one in 13 American adults has an alcohol use disorder, including some who drink on the job. (A 2006 study estimated that 8.9 million workers, or 7.1 percent of the workforce, had consumed alcohol in the workplace during a 12 month period.) In this environment, employers have to do more to ensure their employees are not only following substance abuse management policies, but that they’re also alert, unimpaired and operating safely.

This is particularly relevant in the industrial space, where impairment can quickly turn into an accident, injury or even death. And it's important to remember that intoxication in the workplace isn't the only cause of impairment—excessive fatigue is considered an impairment, too. For example, according to some studies, being awake for 24 hours is the equivalent to having a blood alcohol content of 0.10. Learn more about why fatigue in the workplace is a serious safety issue.

With that in mind, here are three key areas employers should pay special attention to:

Alcohol. According to the National Safety Council (NSC) in National Survey on Drug Use and Health, one in 13 working adults have an alcohol use disorder. Additionally, 13% of men and 5% of women reported binge drinking at least once a week. Nearly one in four people over age 12 reported binge drinking in the past month. The NSC estimates that $74 billion is lost annually in reduced work productivity due to alcohol consumption, with most of those losses attributed to work absences, reduced employee output, premature retirement or death or reduced earning potential. Employees with an alcohol use disorder miss on average 34% more days than other workers and are more likely to experience a workplace injury, the NSC adds. “In addition to missing work, workers who engage in heavy or addictive drinking are more likely to be fired or laid off than other employees,” NSC points out.

Marijuana. According to the NSC, marijuana is used by about 7.8% of people 12 or older and is the most frequently used illicit drug in the United States. Among working adults, nearly 2% indicated they were dependent on marijuana. “Changing public attitudes make marijuana an issue for employers,” the group points out, noting that legalization of marijuana at the state level—be it medical or recreational—has brought on new marijuana-infused foods, drinks and gadgets, in addition to smoking. “Workers can now use marijuana in more discrete ways,” the NSC states, “which can make it difficult to tell if employees are using on the job or come into work impaired.”

Opioids and Prescription Drugs. According to the NSC, the total costs of lost productivity due to prescription drug misuse in the U.S. ranges from $25.6 billion to $53.4 billion. One study found drug misuse responsible for a 17% reduction in productivity for men and an 18% reduction in productivity for women, noting that “worker productivity can be affected by prescription drug misuse or prescription medication use disorders because of more frequent absenteeism, job turnover and presenteeism.” Presenteeism is when employees show up for work despite not being well enough to perform their job. People who have opioid use disorders miss an extra 18.5 days of work, the NSC reports, or more than three work weeks each year compared to the general workforce.

Fatigue. While it may seem like a problem that's very different than intoxication in the workplace, it's important to remember that excessive fatigue is considered an impairment, too. According to OSHA, fatigue has played a role in many infamous industrial disasters, including the Texas City BP oil refinery explosion and Three Mile Island.

Here are four things companies can do to prevent and/or address the top impairment issues impacting their employees and operations.

Impairment is a serious problem that impacts workplace safety. Using the four steps outlined in this article, employers can address the needs of their employees, be more proactive about the issues causing impairment and create a safer workplace for everyone. 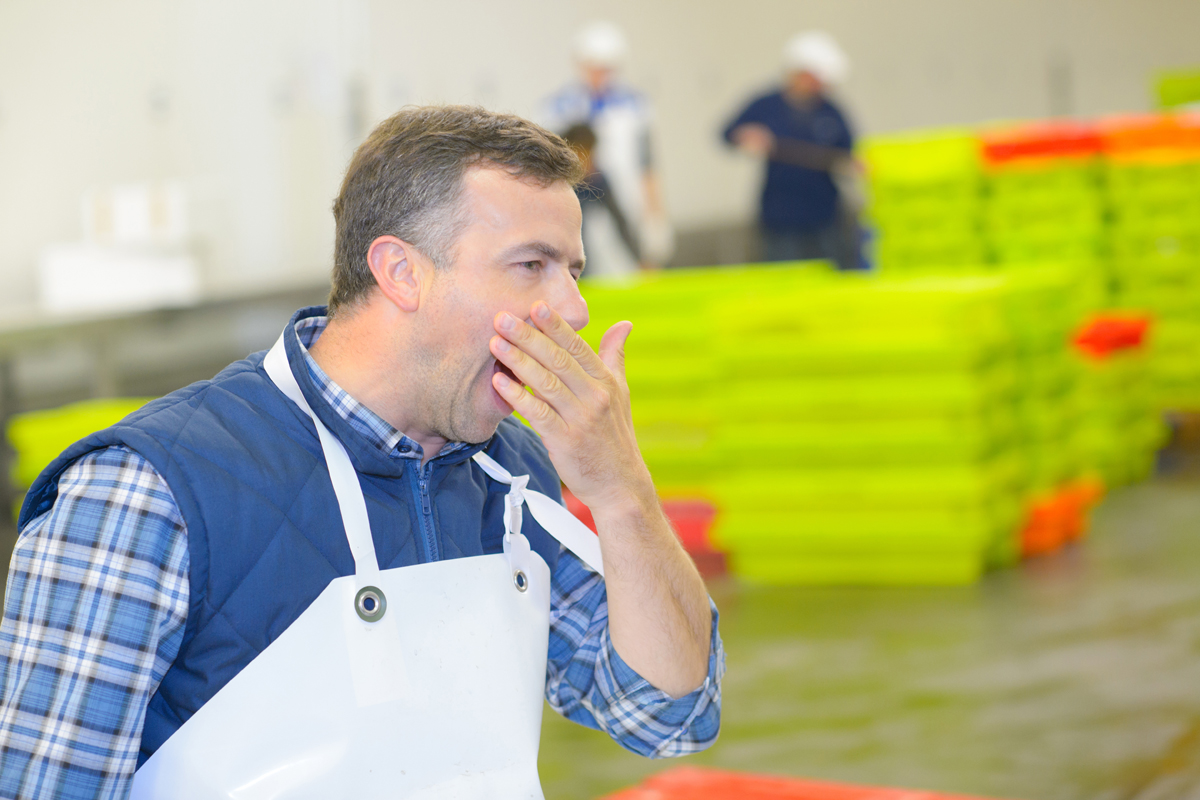 Don't Sleep on Fatigue in the Workplace