Richard Ramsey took an unconventional route to becoming a beekeeper: “I found a swarm of bees on my property,” he says, “so I called a beekeeper and asked him to come get them. Well, he asked me, ‘Why don’t you take care of them?’ I told him I didn’t know anything about beekeeping, and he said, “I’ll help you.’”

Three decades later, Richard has transformed his Rochester, Illinois farm into an apiary. His yard is filled with low white boxes that hold his hives, and on warm days, the air is abuzz with pollinators flying out in search of blooming crops. “One-third of our food supply depends on honeybee pollination,” Richard says, “Without the honeybee, we'd still have food—but we wouldn't have nearly as much.”

A Good Day for Honey

The sun is shining, a good day to check on the hives. “I need to do this before we get a storm,” he says. “On a rainy day, you’d want to leave the bees alone.” But when it’s warm and sunny, the hive will be relatively empty—most of the worker bees will be out in the neighboring fields, gathering nectar and pollen. This leaves the younger house bees in the hive to care for the larvae and process the honey.

“The bee veil is essential equipment,” Richard says, putting on the iconic screened hat that protects his face and neck from stings. He briefly slides the tapered nozzle of his hive smoker into a hole at the base of the hive. “The smoke calms them down,” he says. “Then I use this hive tool to open the frames.” He slides the tool’s narrow slotted blade beneath the roof of the first hive.

With the bees inside sedated by smoke, Richard can safely remove the crown board and pull a rectangular frame from the hive. A crowd of worker bees crawls slowly across its hexagonal lattice of cells, indifferent to his presence. The frame glistens in the sun. “That shiny liquid is honey,” he says. “Food for the kids.” He points to the lower edge of the frame, where a cluster of honeycomb cells have been sealed off with brown wax. “Those capped cells are the brooding area, where they’re raising new bees. There are pupae in there.” Behind the cap, cocooned pupae feed on stored honey, transforming into the next generation of worker bees.

In the center of the frame, uncapped cells hold tiny bee larvae. “You can see in the center here, those white grubs, those are the larvae.” The larval cells are left open so mature worker bees can feed the larvae. The worker bees cap the larvae with wax on day 8, and then on day 21, they emerge as mature worker bees. Richard won’t harvest this frame, as it is in the brood nest and the honey store there is for winter survival. So long as there are hungry larvae in the hive and flowers in the field, his worker bees will continue to hoard nectar, building up a store of honey for the coming winter.

Harmony of the Hive

Richard keeps bees for their honey, but he thinks we all can learn something from the hive. “They’re fascinating bugs,” he says. “There are 60,000 bees living inside this hive, and they’re all getting along just fine. Now why can’t we humans do that?” 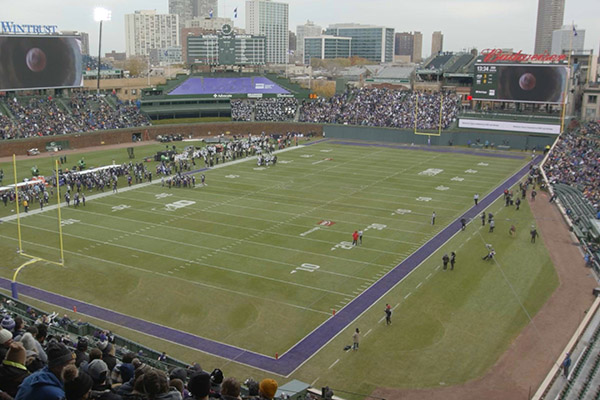 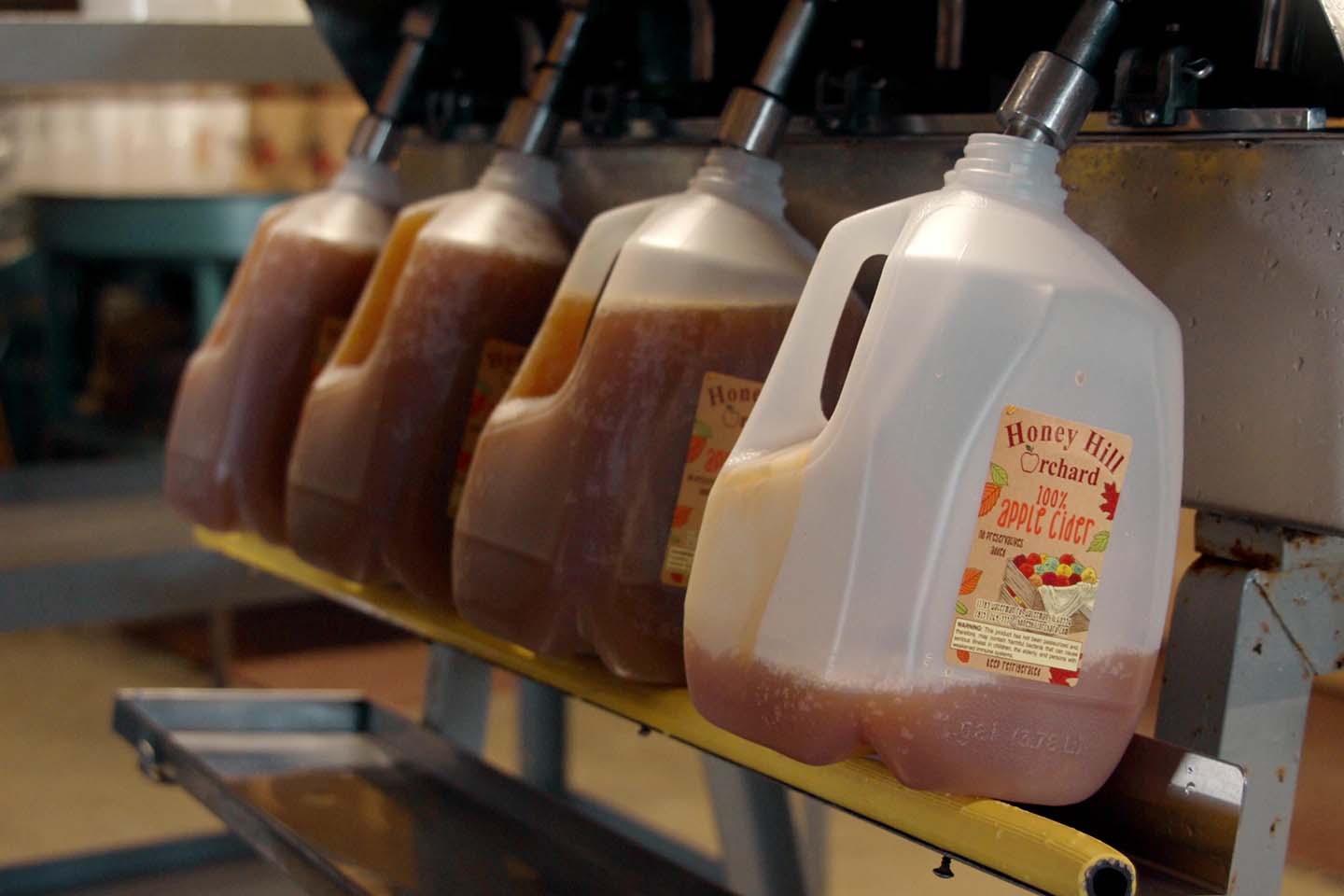 How It's Done: Apple Cider 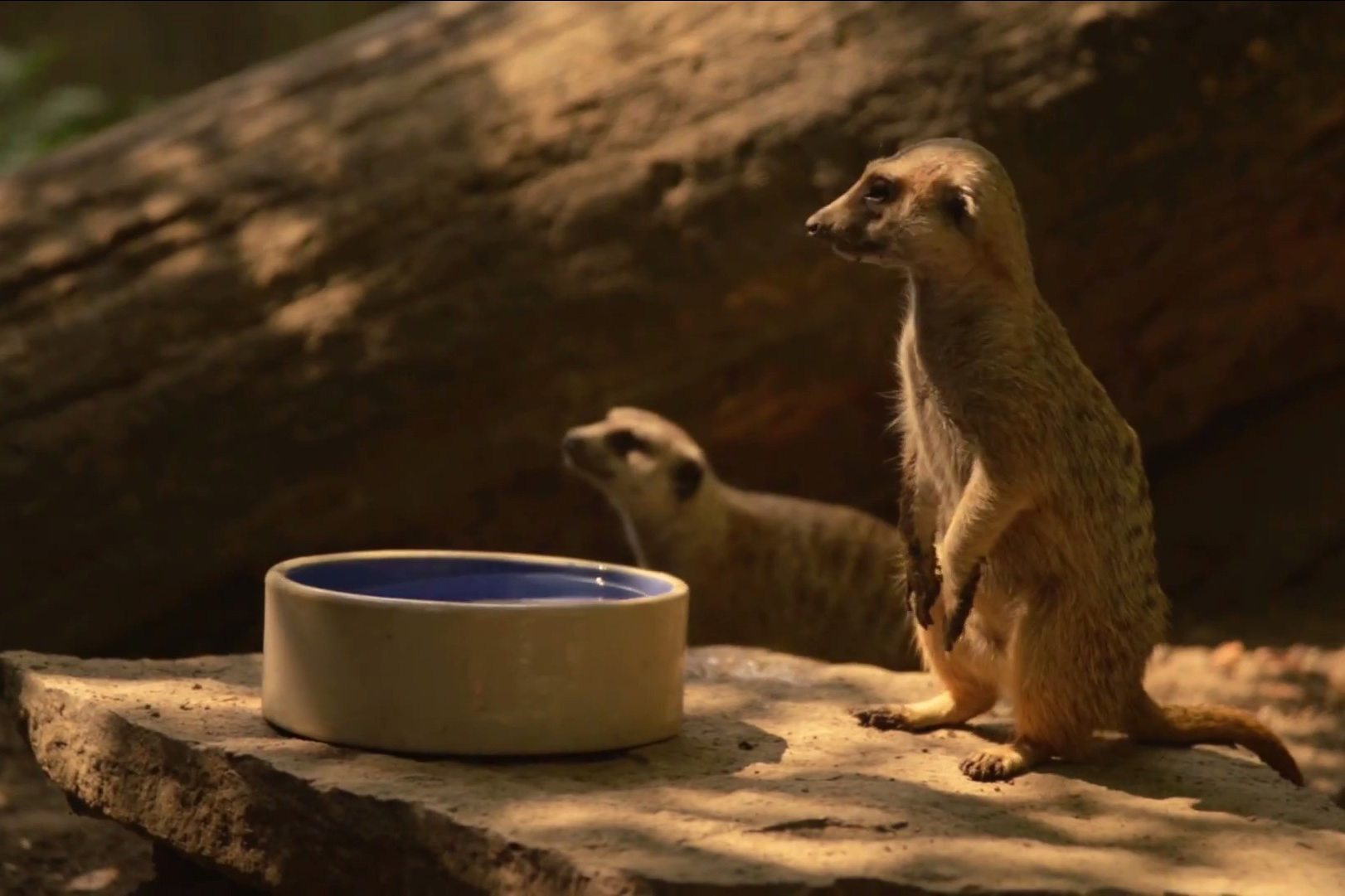