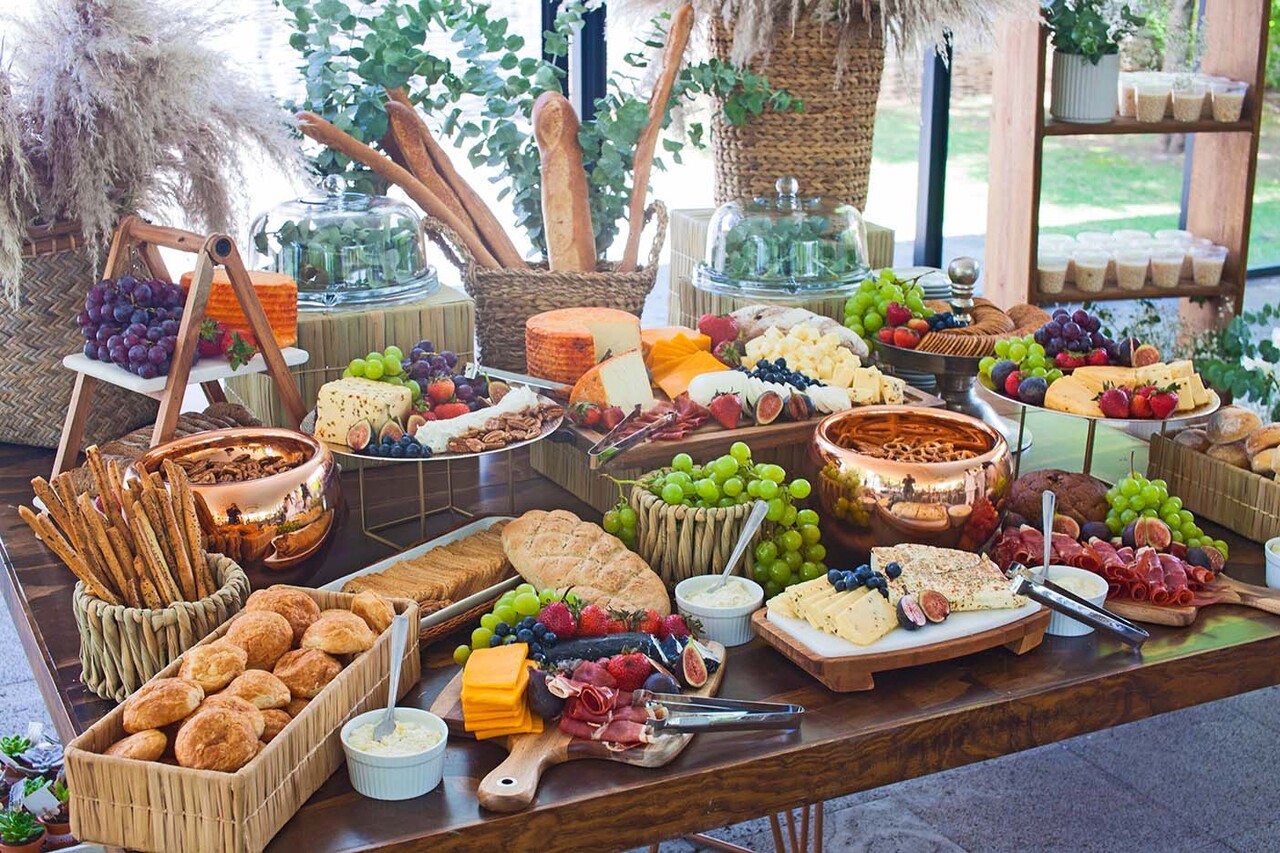 Winter’s never easy, but at least it starts off with some great parties. Not just parties—there are feasts, company celebrations, family gatherings and occasions for shared spiritual renewal. It almost makes up for the darkness and the cold. Almost.

That’s one thing that’s made the pandemic-influenced winters so hard: with all the postponed parties and forgone get-togethers, the most wonderful time of the year has been anything but.

But a new normal is emerging, and with that comes temptation to try to make up for previously diminished holiday celebrations. Why not turn that informal recognition event into a full-blown banquet? Or make that smallish New Year's Eve party into a genuine event?

If you want to do it up, just remember to do it the right way. With that many guests, party planning becomes an exercise in operations management. Consider the logistics. Take stock of your inventory.

Start with the Essential Infrastructure

If you’re hosting a meal, you’ll probably need more than a few folding tables and chairs, as well as some extra glassware, plates and flatware.

To gussy up your setup, colored tablecloths and napkins are a good bet, and tea lights will enhance the atmosphere.

String lights with colored bulbs can set the party mood, and Christmas lights are perfect for the season. For outdoor events, patio heaters are a must.

And you've got to have some tunes! Don't expect your guests to do without it, and keep in mind that you'll enjoy it, too, especially during the setup and teardown phases. Jobsite radios, many of which have Bluetooth® connectivity and aux-cord access, can get the job done, but traditionalists might opt for old-fashioned speakers.

Get the Food and Drink Ready

Good food can make or break a party. Sometimes, the guests can enjoy helping to prepare the food, whether it's dumplings, tamales or Minnesota hotdish. But if you're providing the full feast, there are a lot of details to consider.

You'll definitely want plenty of commercial-grade cookware, bakeware and cutlery. An insulated cart or carrier will help keep everything warm and get it to the right place.

Finally, don't forget the beverages. If you want to keep the cocktails flowing, you’ll need a shaker, jigger, strainer, and bar spoon. For bottles, there are wine keys and beverage tools. And coffee, tea and spiced apple cider will stay piping hot in lever-operated airpots.

Pro Tip: If you're eager to take food preparation and serving up a notch or two, these items might serve you well:

A propane-powered portable deep fryer can boldly fry where no one has fried before: the great outdoors.

It may be cold for the cook, but outdoor frying has a distinct advantage. There are no lingering smells. If you've ever fried up a big batch of holiday food, you've probably discovered that the stale, deep-fried aroma can almost outlast the seven days of Kwanzaa, the eight nights of Hanukkah and the 12 days of Christmas.

Outdoor cooking solves that problem, and a professional deep fryer can give you the production output to keep the crowd satisfied. With two 35-to-40-pound fry tanks and a combined 180,000 BtuH of heat, for example, you should be able to handle about 120 to 130 pounds of frozen French fries per hour, according to one manufacturer. (Pro tip: if you're making fries from scratch, better have a fry cutter on hand, too.)

Outdoor deep frying can also just make things more fun but be sure to follow all manufacturer's recommendations for safety.

Prime rib for a party? Why not. Just make sure it’s dry aged. There’s no better time of year to throw down some serious dough on some serious beef. With a carving station, you can show off your knife skills while showcasing the meat. Make sure you have a meat fork and carving knife on hand. And don’t forget the roll-top chafers for the sides.

This is such a big pot! With 40 gallons of capacity, it holds more than the gas tank of a large SUV. You can do an awful lot with that much metal. Like what? Here are just a few ideas:

For a crowded gathering on a blustery afternoon, you couldn't go wrong with a mammoth batch of old-fashioned soup.

An eight-quart pot has ample room to boil a single chicken, so a 160-quart vessel could accommodate up to 20 chickens, providing soup for about 180 guests.

If you’ve ever gone caroling and wound up wondering what it means to go a-wassailing among the leaves so green, just take a sip of this warming beverage and you’ll understand.

The original wassailers sang to the trees and spirits in the orchards of England, hoping to ensure a good harvest. Whether it worked or not, they were rewarded with a hot, cider-based beverage that they drank from a communal bowl.

Later, this became a Christmastime tradition associated with caroling and other door-to-door revelry.

There are many recipes for wassail, but one family-friendly approach is to mix three parts apple cider to one part citrus juice and then heat with your favorite holiday spices.

A pot this size can handle 27 quarts of cider and nine quarts of orange juice with plenty of breathing room, giving you 144 one-cup servings.

Make sure to have a long ladle on hand.

Nothing says game day party like a rippling sea of cheese dip, whether it's a basic nacho cheese sauce or a Texas-style queso.

Let's say you want the pot to be no more than three-quarters full of the finished product to prevent too much molten cheese spillage. You could fit almost 1,000 half-cup servings of deliciousness into this 160-quart pot.

Set up the Fun and Games

A great party is never boring. Let them play games, whether they're tossing a dart, breaking a rack, scoring a goal or doing whatever you do when you play shuffleboard. For card sharks, there's nothing better than gathering around the poker table and tossing some chips into the pot.

And everyone loves a theme night, especially when you conjure up beach vibes in the cold of winter. Send them to the tropics with a margarita machine and virtual forest of artificial banana trees.

Pack It Away for Next Year

They say that all good things must end. When the party's over, sweep it up, box it up and put it on the shelf for next year. You'll definitely need some all-purpose cleaners and gloves to get down and dirty.

And if you really can't face up to the task the next day, a robotic floor scrubber can take care of business while you're still in bed.

The information contained in this article is intended for general information purposes only and is based on information available as of the initial date of publication. No representation is made that the information or references are complete or remain current. This article is not a substitute for review of current applicable government regulations, industry standards, or other standards specific to your business and/or activities and should not be construed as legal or other professional advice or opinion. Readers with specific questions about regulatory, legal or other professional matters should refer to the applicable standards or consult with an attorney or other appropriate professional. 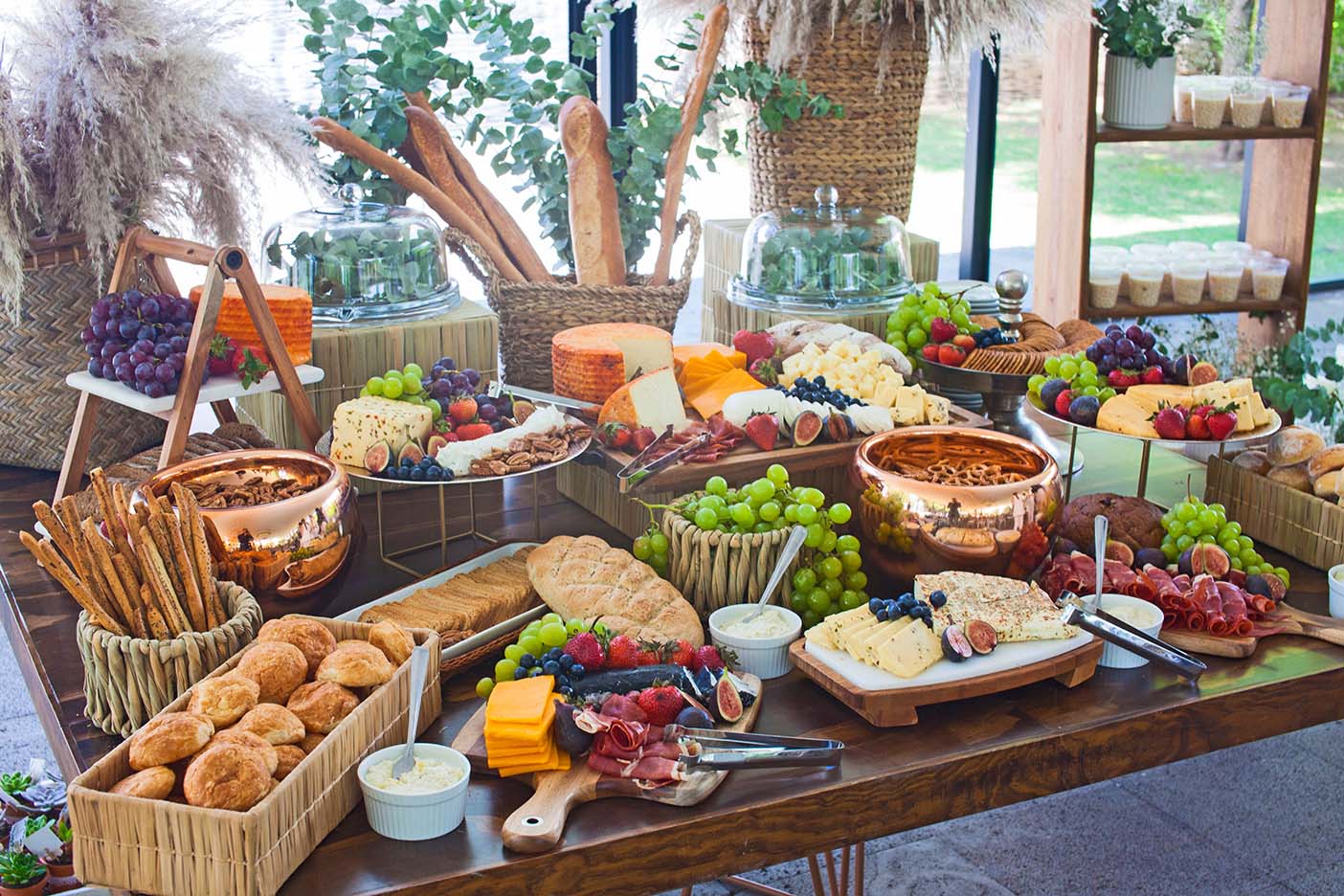