Fire and Smoke Barriers: Is Your Campus up to Code?

Most of us can recall an impulsive decision that in hindsight we would have made differently. That's because the part of the brain which controls reasoning isn’t yet fully developed. It's called our prefrontal cortex, and when we're teenagers it is still very much a work in progress. What does this have to do with fire prevention on campuses? The startling number of on-campus and off-campus fires over the past two decades is partly a result of reckless college students. Since 2000, at least 92 fatal fires have been documented on a college campus, in Greek housing, or in off-campus housing within three miles of the campus, claiming a total of 132 victims, according to The Center for Campus Fire Safety.

Of these fires, 38 were accidental. A 2015 study issued by FEMA cited alcohol as a factor in 76 percent of all fatal campus fires and smoking in 29 percent. Other causes are even related to cooking or overloading electrical circuits. Some fires were caused intentionally, without thinking through the possible risks. A case in point is the devastating fire in Seton Hall University’s Boland Hall freshman residence on January 19, 2000. What started as a prank, resulted in the death of three students and 56 injured students and firefighters. Although the fire alarm sounded, numerous false fire alarms in the past prompted students to ignore the warning and the building did not have a sprinkler system.

In recent years, both the National Fire Protection Association (NFPA) and the International Fire Code (IFC) have updated their codes and standards governing campus fire safety in university buildings. Additionally, higher education institutions must comply with Federal Regulation 668.49 which mandates that institutions of higher education maintain a publicly available log of reported fires in campus housing facilities and to submit this information annually to the U.S. Department of Education.

The regulation also requires colleges to publish an annual Fire Safety Report (FSR) regarding its fire and life safety policies for each student housing facility, said Kirk Kaiser, partner at Barrier Compliance Services (BCS), a professional services company that specializes in preventing the spread of fire and smoke in buildings (and Grainger’s exclusive national partner for fire and smoke damper solutions). BCS was founded in direct response to the growing complexity of fire code requirements, enforcement and inspections.

Kaiser pointed out that the FSR also must address items like a student facility’s fire safety systems and evacuation procedures. “A key safety consideration is for each dormitory room to be its own fire compartment, with its own fire protective features such as doors, walls and dampers” he said. “If someone in the room next door inadvertently sets a fire, rooms adjacent to it and beyond it should be safe.”

He explained that fire walls and fire doors are required to have a specified hourly window of safety, a period in which smoke and flames are unable to penetrate the room envelope into adjacent rooms and corridors. “It takes a fire department roughly seven to ten minutes on average to get to a fire, indicating that there is no reason whatsoever for the fire and smoke to spread beyond the room of origin if the fire and smoke doors, barriers and walls are maintained,” he said.

The strengthened campus fire safety regulations have helped reduce the number of fatal fires in on-campus and off-campus student residences. The sheer number of fires, however, continues to be a problem: From 2011 through 2015, U.S. fire departments responded to an estimated average of 4,100 structure fires in dormitories, fraternities, sororities and other student residences, causing $14 million in direct property damage costs. “Due to having students in a multi-story environment, and overnight occupancy; colleges and universities pose some of the highest life safety and property risks of any building type,” Kaiser said.

Although no one died in these incidents, 35 people were injured, resulting in litigation for the relevant institution. “Even if the university is not strictly at fault for the fire, lawyers typically go after the school because of its perceived 'deep pockets,’” said Kaiser.

When a fire at a dormitory or off-campus student residence results in a fatality or injury, universities are in a difficult position to avoid liability. In most cases, the school owns or operates the student residence and is directly responsible for performing code mandated inspections, documentation and maintenance of fire and life safety standards, Kaiser explained.

Given the overall litigiousness of the U.S. tort system, a university may have to contend with a potentially long, costly and reputation-damaging lawsuit. “Typically, plaintiff lawyers representing victims gather with attorneys from the university and its insurers in a room to discuss and negotiate a fair and equitable settlement, based on the degree to which the school is deemed to have been at fault,” Kaiser said. “The overarching question in these meetings is whether or not the institution was following all codes, standards and regulations around fire and life safety.”

At these discovery sessions, the school in question will be asked to provide documentation for its adherence to NFPA (80, 101, 105), IFC (703), and CFR (668.49) regulations. Detailed backup information will be requested to show that the institution properly maintained the fire doors, fire walls and other fire barriers which includes annual testing, maintenance and all required documentation. “If, in fact, fire and smoke did escape the point of origin and made its way to other rooms, all tests and studies show this should not have happened had the fire protective features been maintained and something was most likely deficient,” Kaiser said. “Not having performed the code required inspections, maintenance and documentation makes it all too easy for the plaintiff's attorney.”

By not performing code mandated inspections, maintenance and documentation of these fire protection features, it can also result in findings of negligence on the part of the university. When property and casualty damage happens, insurance coverage next comes into view.

This action does not end the matter, said Kaiser. “If negligence is found on the behalf of the insured and the code mandated fire protective features have not been maintained, there is the likely scenario where the insurer may agree to pay for the damage and injuries related to the room where the fire originated, but not for damage or casualty in ANY adjacent rooms where students were injured and property damaged as there are volumes of fire tests and data showing had the university performed their code mandated obligations, damage would not have occurred outside of the room of origin with a likely 1-2 hourly rating and the fire department responding in 7-10 minutes.”

Making their task even more difficult is the constantly evolving patchwork quilt of federal, state and local fire codes and fire protection standards. Kaiser joked that most of these standards are measured in inches which make it difficult for campus personnel to stay up to date on what is required of them. “While there’s no excuse for not staying abreast of the standards to inspect, maintain and document the safety conditions in compliance with the rules, we unfortunately see this all the time,” said Kaiser.

BCS is familiar with how difficult it is to stay on top of the ever-shifting campus fire safety codes because the firm performs the fire and life safety inspections and tests for many institutions of higher learning. “Bringing a school into compliance with these stringent codes and standards is not a simple process—not by a long shot,” Kaiser said. “It’s just unrealistic to think that most facilities personnel can do this as part of their routine maintenance due to the complexity of the new codes and standards, required actions for inspection and maintenance, and the new documentation requirements that now require individual inspection records for every fire door, damper and barrier. We’re professionals who do this every day.” Staying on top of the federal, state and local fire codes—and quickly correcting any errors—is imperative for campuses to keep students safe and for facility managers to acquire peace of mind. In doing so, campuses can take control over reducing the number of injuries and fatalities associated with fire-related incidences.

Brian Driskell is the education segment senior strategy manager for Grainger Industrial Supply. His roles and responsibilities are to truly be the expert related to trends and initiatives within the education segments. He partners with school districts, higher education campuses, and educational organizations to ensure that Grainger offers the most relevant solutions to its education clients. 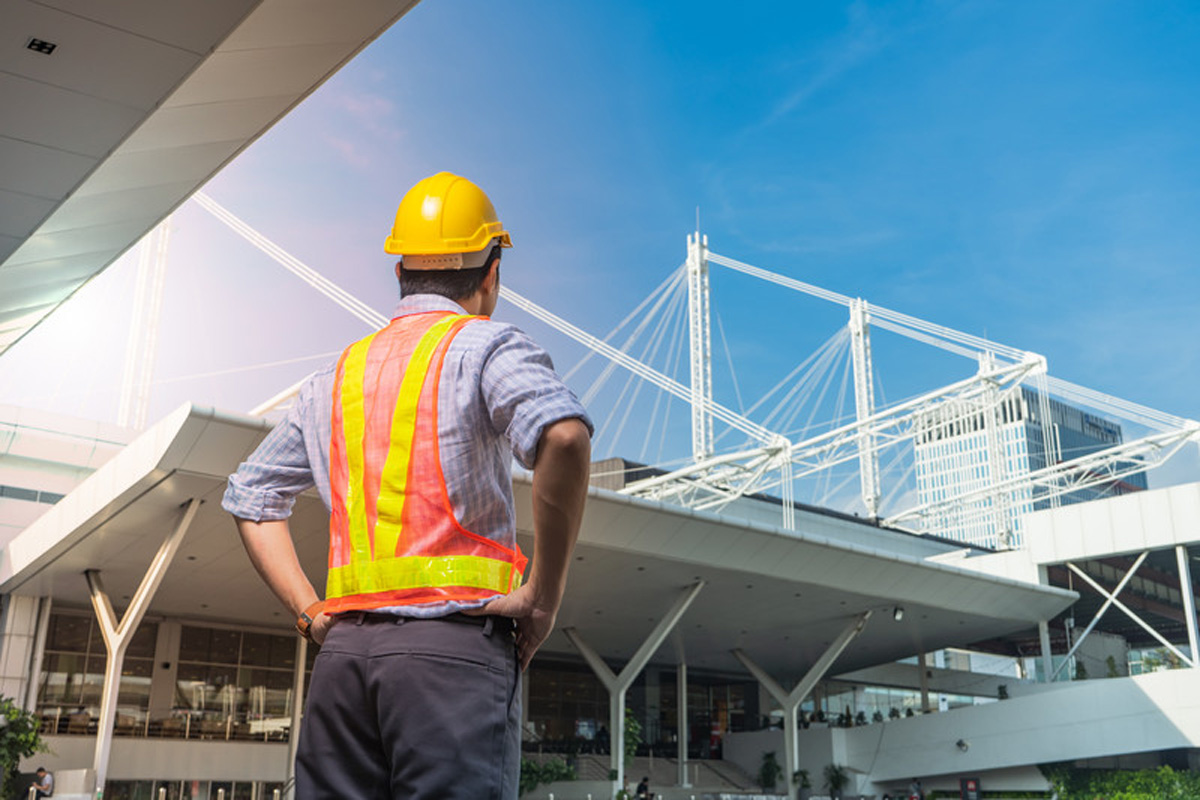 Will Your Campus Be Ready Should OSHA Come Calling? 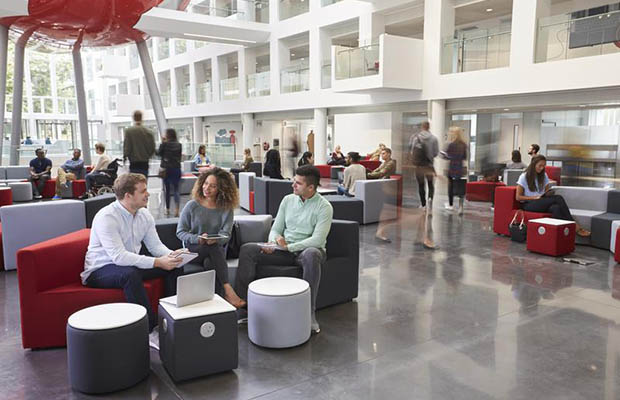 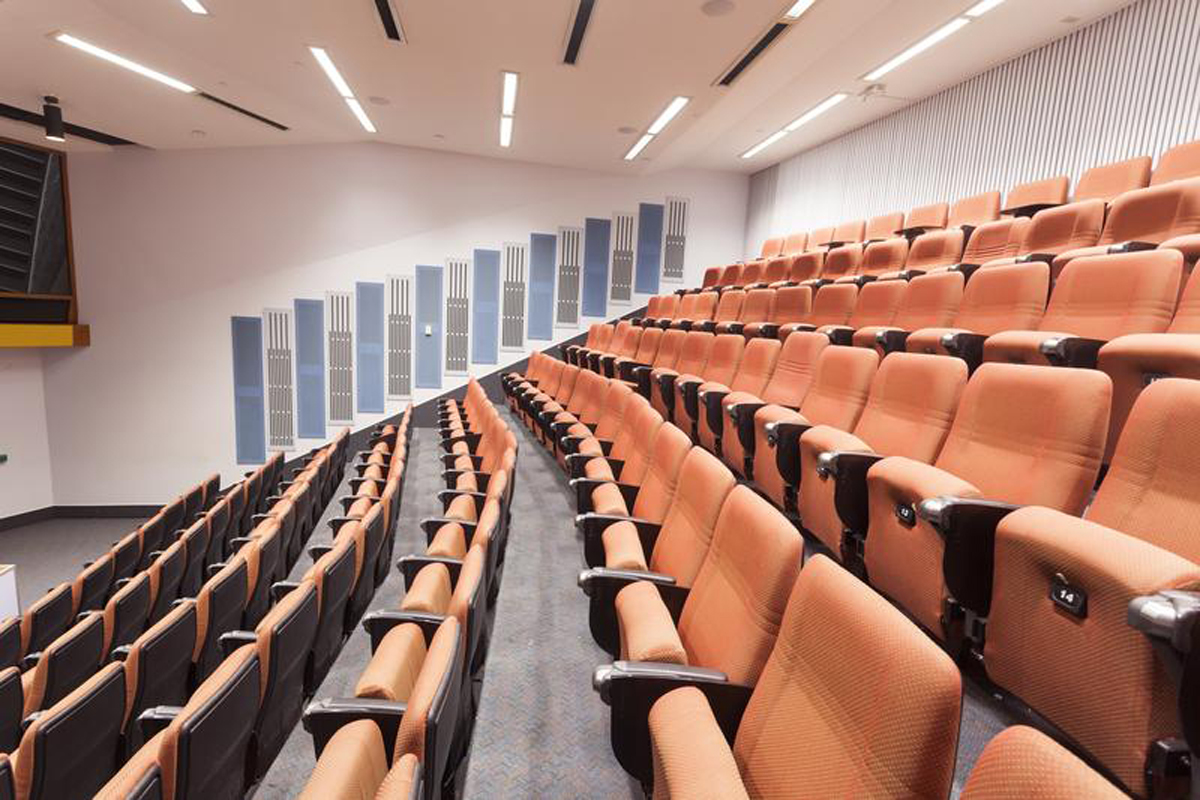