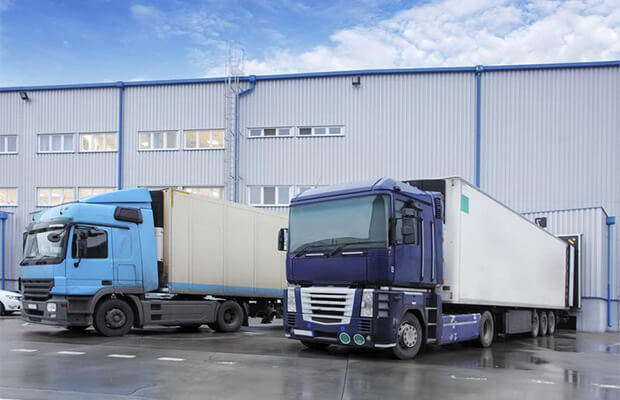 If your company transports or receives food, it has a deadline to comply with the new FSMA rule — the Sanitary Transport of Human and Animal Food — which affects how businesses along the food manufacturing chain ship their products. Depending on where your company falls on that food chain, it may be looking at more inspections at the receiving point, installing temperature-monitoring systems on trucks or specifying its own transport requirements.

Here’s what you need to know about the new rule, which is intended to keep food from becoming contaminated during transport. It covers refrigeration during shipment, the cleaning of vehicles between loads and the protection of food by preventing cross-contact during shipment.

If any members of the food manufacturing chain — whether shippers, receivers, carriers or loaders — suspect food safety may have been compromised during shipment, they “trigger a process whereby the question that gets answered is, ‘Was it made unsafe or not?’” says Michael Kashtock, from the division of plant products and beverages with the Office of Food Safety at the Center for Food Safety and Applied Nutrition.

Kashtock says that if someone subject to this rule is aware of conditions of transport that may have made the food unsafe, the food cannot be sold or distributed until a qualified individual finds that the product wasn’t made unsafe.

So what will those involved in the food manufacturing chain need to do to comply with the rule?

Shippers bear most of the responsibility for ensuring sanitary transport. They’ll need to inspect their vehicles for cleanliness before loading, and check the vehicle’s temperature. If the shippers find problems, they must reject the vehicle and request a new one from the carrier.

Shippers will also need to develop and implement written procedures to ensure that equipment and vehicles are in appropriate sanitary condition, that previous cargo does not make food unsafe and that food is transported at the proper temperature.

Those procedures must also dictate the method used to monitor temperatures during transport. They’ll need to spell out vehicle cleaning procedures to prevent cross-contamination to address the situations in which a vehicle’s previous cargo needs to be identified.

Shippers can draw up a contract that assigns some of their responsibilities to others in the supply chain, such as loaders or carriers.

“We believe the shipper is in the best position of the parties covered by this rule to know the appropriate specifications for transport of its food,” says Rebecca Buckner, the FDA’s chief implementation manager for the Food Safety Modernization Act of 2011. The rule is part of that act.

The shipper — not the rail carrier — is also responsible for food safety when it comes to food transported by rail.

“Rail operators often do not own, prepare or operate equipment — such as refrigeration units — in the railcars they transport. Nor do they have the ability to ensure that certain requirements — such as temperature control and sanitary conditions — are met,” Buckner says.

“By contrast, motor carriers generally own their vehicles and are directly involved with sanitation during transportation operations,” she says.

When the carrier and shipper agree that the carrier is responsible for sanitary conditions during transport, carriers need to be trained on sanitary transportation. More training information can be found here.

Refrigeration requirements during transport take a flexible approach. Carriers don’t need to show receivers that the proper temperature was maintained during transport unless the receiver requests records.

The receiver can ask the shipper or carrier for any information the shipper has specified in its rules. If the receiver asks for data and it isn’t available, the receiver will realize there’s been a breakdown in the system and must hold the food from distribution.

The receiver then has to determine whether the food was made unsafe during shipment or is still safe for distribution.

A loader physically moves the food onto a motor or rail vehicle. Before loading food not completely enclosed by a container (such as shelf-stable food), the loader must determine that the transportation equipment is in appropriate sanitary condition.

Before loading refrigerated food, loaders must determine that each mechanically refrigerated cold-storage compartment is adequately prepared for refrigerated transportation, including precooling. For that, loaders need to know the temperature requirements set by the shipper.

For more information about the rule, see the FDA’s guidance and regulation page that pertains to the rule here. For technical assistance, go to the FSNA Technical Assistance Network here.