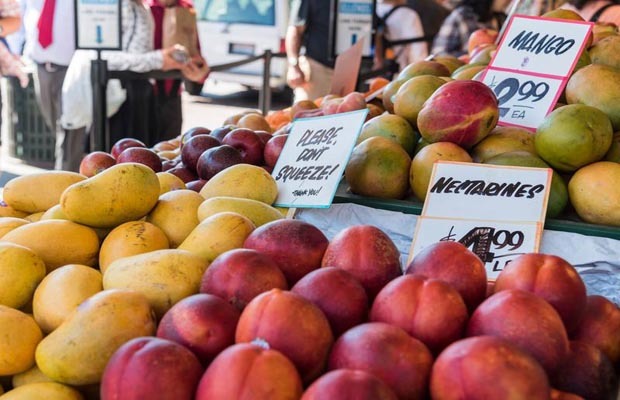 An act of terrorism directed at the food supply could be devastating, and the industry has a legal and moral responsibility to safeguard consumers. The FSMA Final Rule on Intentional Adulteration was written with the explicit goal of preventing acts of terror.

The new law codifies producers’ obligation to develop a food defense plan to deter potential attacks. Plants will need to install security equipment, erect physical barriers, and implement recall plans in preparation for the aftermath of a potential act of sabotage.

Thankfully, we have seen very few past terrorist attacks on the food supply. But the 1978 poisoning of Jaffa oranges in Europe carries three key lessons for producers developing their food safety plan. How could the industry have better prepared for the attack, when a lone Palestinian terrorist injected elemental mercury into imported oranges?

The Damage Is Discovered

The poisoning plot came to light when a Dutch child discovered a pea-sized slug of elemental mercury beneath the rind of an orange he was peeling. The child and four of his brothers were immediately taken to the local hospital, where their stomachs were pumped to remove the poison. Fortunately, all were discharged later that day unharmed.

The next day, a shopper discovered another poisoned orange in a market in West Germany, and a policeman was sickened after eating a poisoned orange. Shopkeepers soon discovered tainted produce in Holland, Sweden, Denmark, and Britain. Stores across Europe began pulling oranges from their shelves. Four additional victims were treated for mercury poisoning in West Germany over the following week. Ultimately, 31 poisoned oranges were found in six nations.

The same day the Dutch children were hospitalized, 18 governments across Europe and the Middle East received a letter claiming responsibility for the attack in the name of the Arab Revolutionary Army, a pro-Palestine terror group that had assassinated an Emirati minister the previous year.

The letter claimed that thousands of Jaffa oranges had been poisoned by Palestinian workers in Israel’s orchards, raising fears that European authorities had only discovered the first cases in a wave of poisoned fruit. The letter’s demands were vague, claiming the attacks would continue until Europe ended its “political, economical and military support of the Zionist regime.”

Authorities were immediately skeptical of the letter’s claims. First, the Arab Revolutionary Army was thought to be a small group of radicals, not capable of coordinating a widespread conspiracy among agricultural workers. Second, the poisoned oranges spoiled rapidly, with large rotten spots appearing where the mercury injection had punctured the fruit’s protective rind. Had the oranges been poisoned in Israel, they would have been thoroughly rotten when they arrived in Europe.

Instead, the attack seemed most likely to have been carried out by a single terrorist at a produce packing facility in the port city of Rotterdam. Notably, not all of the poisoned oranges originated in Israel—several had come from Spanish orchards. Authorities believed that the oranges had probably been injected while sitting in a bulk storage container prior to being packaged for retail sale.

Fortunately, the attack seemed designed to generate publicity, not human carnage. Mercury is a notorious poison, but it is not very potent in its elemental form—almost all acute mercury poisoning cases come from the ingestion of bioavailable organic mercury compounds, like the methylmercury found in some seafood. Elemental mercury is also quite easy to spot—it is a shiny liquid metal at room temperature, and is not readily absorbed by the flesh of the fruit. Ultimately, no one suffered lasting harm as a result of eating a poisoned orange.

The terrorist’s motives seemed to align with the ransom letter’s claims—to disrupt the Israeli produce industry, which was the nation’s largest exporter at the time of the attacks. The poisoning also discredited Palestinian organizations that had disavowed attacks against civilians.

Investigators were ultimately unable to identify a suspect or bring charges related to the attack. The lack of leads in the case suggests that the terrorist acted alone, and likely had no formal connections or communication with any Palestinian terror group. Police believe it is possible that the perpetrator was a Dutch citizen motivated by Marxist or anti-zionist philosophies.

Lessons from the Attack

It’s a sad fact that production facilities must be prepared for a terrorist attack. But a solid food defense plan can help secure the nation’s consumers against those who would do us harm.