A Case Study on Listeria Outbreak and How to Avoid Listeria 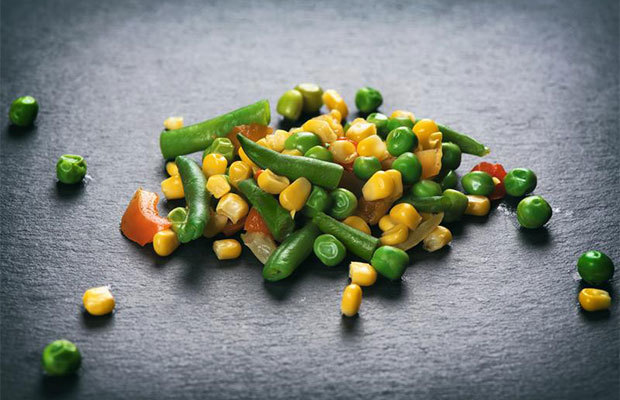 Prior to genetic fingerprinting, the listeriosis outbreak at CRF Frozen Foods would likely have gone unnoticed. There was little obvious connection between the handful of isolated cases spread across Maryland, Connecticut, Washington and California. On the surface, there was nothing to make them stand out among the 1,600 cases of listeriosis seen in America every year.

The CDC’s PulseNet laboratories, however, established a link early on. Genetic fingerprinting identified a distinctive strain of Lm (the bacterium that causes listeriosis) that would eventually sicken a total of nine patients over the course of the following 3 years. But as cases continued to sporadically pop up on both coasts, investigators searched in vain for the source. The possibilities were endless--listeria outbreaks have been linked to everything from lunch meat to ice cream.1

Unlike salmonella or e. coli, the Lm bacterium thrives in hostile environments. Outbreaks have been started by Lm colonizing pools of condensation2 and surviving in chipped floor drains.3 Lm has even been discovered moving from plant to plant in cardboard shipping sleeves.4 Almost any raw ingredient can bring the bacteria into a processing plant, as can soil and dust tracked in from the outside environment. Once it is inside, the bacterium can survive in cracks and crevices for years, contaminating products seemingly at random.5

With every new case matching the strain, investigators would piece together a history of the patient’s meals and take samples from the unopened groceries in their refrigerators. But the connection proved elusive.

The nature of Listeriosis complicates investigations. The vast majority of consumers who eat contaminated food will not be sickened, and the incubation period for those who do fall ill can span two months. This leads to loosely clustered outbreaks that can unfold over months or even years.

Infected patients may have consumed dozens of meals before getting sick, and few people remember what they ate for lunch last week. Ultimately, only 3 of the 9 victims in the CRF outbreak would recall eating the frozen vegetables that had infected them.

The mystery was only solved when the Ohio Department of Agriculture randomly tested a package of True Goodness frozen organic white sweet cut corn and frozen organic petite green peas. Despite the lack of confirmed cases in Ohio, the genetic fingerprint was a match, and investigators soon homed in on CRF frozen foods in Pasco, Washington

Inspectors quickly found potential points of contamination at the Pasco plant. The strain of LM responsible for the outbreak was cultured from door thresholds and equipment handles within the facility. Inspectors found safety violations stemming from complacency, such as processing equipment with cracks in which Lm could grow, and issues with flawed procedures, such as stamping serial numbers on cutting blades, creating impossible-to-clean crevices in the metal.6

Acknowledging that listeria could have contaminated foods processed at the Pasco facility for several years, the CRF recalled 350 products distributed under 42 brands nationwide since 2014.7  This outbreak illustrates the difficulty of eliminating Listeria from the food chain--the infection risk lingered for years, and the contaminated products were distributed widely, potentially consumed by millions. But the resulting outbreak would likely have gone unnoticed if not for the advent of genetic testing. Had the Ohio Department of Agriculture not taken a lucky random sample, the infection source would never have been identified, and the plant would not have realized its infection risks.

Although the Pasco plant shut down for thorough decontamination and repairs, the original source of the bacteria remains a mystery. An identical strain was detected in onion products from a nearby produce wholesaler, but the route of infection between the facilities is still unclear.8

What Can Be Done?

Lm may be difficult to control, but it is not impossible. Preventive controls should focus on the place where listeria contamination is most likely to occur: post-lethality processing. A good hazard analysis will look closely at the avenues on which the Lm pathogen might enter the post-lethality environment--especially via workers who have been performing tasks in the pre-lethality stages of production.  For example, monitoring employee sanitation procedures before entry and mandating the use of sterile PPE shoe covers for all workers inside the post-lethality environment can prevent Lm from making the jump between raw ingredients and the finished product.

Hazard analysis should also closely inspect the facility’s equipment and fixtures for cracks in which Lm might survive routine cleaning. Drains and coolers are especially prone to harboring the bacterium, but any crevice could potentially hide Lm from anti-bacterial soap and steam. A proactive approach to maintaining equipment and fixtures can help prevent listeria from colonizing the facility.

Preemptive lab testing can reveal Lm before it causes an outbreak. The FDA will now be swabbing processing equipment and areas as a routine part of inspections, and the results will be compared against the PulseNet archives. This has recently advanced via Genome Sequencing and rapid testing. A positive result supported by rapid testing that could result in a mandatory recall, revocation of the facility’s registration, or even criminal proceedings. Sanitation practices, environmental testing and product testing ahead can save trouble down the road.

The information contained in this publication is intended for general information purposes. No representation is made that the information or references are complete or remain current. Click here for Grainger's full legal disclaimer.