Common Myths Around The ADA – And What Really Matters 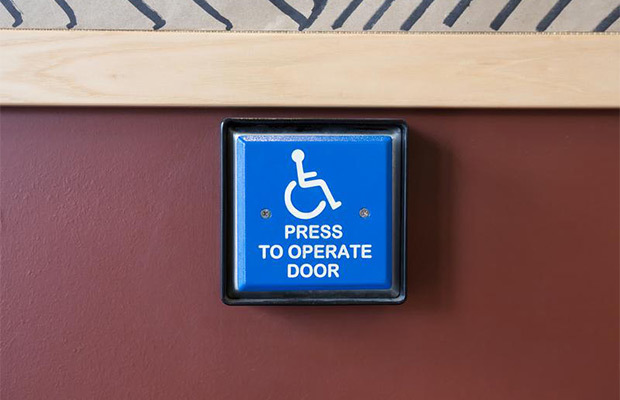 The Americans with Disabilities Act (ADA) of 1991 set out standards on how to make facilities accessible to the disabled. Despite the length of time it’s been around, there are still several misconceptions about the act. We’d like to clear up a few common sources of confusion around the ADA, which requires that hospitality properties — and all other facilities open to the public — ensure that people with disabilities have the same access to restaurants, hotels, resorts and the like as those without disabilities.

First off, the ADA is a law, rather than a building code. So managers wouldn’t look to make their properties “up to code.” Rather, they’d make sure their properties met the 1991 -- and updated 2010 -- ADA standards.

The U.S. Department of Justice enforces ADA regulations for public accommodations via lawsuits and formal and informal settlement agreements.

During an investigation, attorneys or investigators don’t necessarily determine whether or not an ADA violation has occurred. If they believe there is a pattern or practice of discrimination or the complaint raises an issue of general public importance, they may attempt to negotiate a formal settlement of the matter, or may file a lawsuit in federal court on behalf of the United States.

If someone files a complaint of denial of accommodation under the ADA and doesn’t have a condition that meets its definition of disability, the complaint is dismissed. While claims by people with false or minor conditions may get considerable media attention, the reality is that these complaints are usually rejected.

If the complaint becomes part of the ADA Mediation Program, an ADA-trained mediator will work with the property owner and the complainant. The program is a confidential, voluntary way to quickly mediate ADA complaints — the most common of which involves barrier removal.

The majority of ADA employment-related disputes are resolved through informal negotiation or mediation.

Under the ADA, both a landlord who leases space in a building to a tenant and the tenant who operates a place where the public can gather, have responsibilities to remove barriers that would keep disabled people from using the facility.

Perhaps the greatest amount of confusion relates to whether a site that met the 1991 ADA Standards is “grandfathered in” under 2010 updates to the ADA Standards for Accessible Design.

Rather than being grandfathered in, elements in facilities built or altered before March 15, 2012, which comply with the 1991 ADA standards, receive safe harbor. That is, they don’t need to be modified to the specifications set out in the 2010 standards.

But if areas are altered that complied with the 1991 Standards, the safe harbor no longer applies: The altered elements must comply with the 2010 ADA Standards.

The ADA includes an ongoing maintenance requirement. So when items need to be repaired or replaced, the new item needs to comply with the 2010 ADA standards, if applicable.

For example, coat hooks in restroom compartments now need to be at a maximum reach-range height of 48 inches (so someone sitting can reach the hook). That number is down from 54 inches for a side-reach in the 1991 ADA standards. When the hook is replaced, it needs to meet the 48-inch, rather than the 54-inch, standard.

And, it’s important to note that the 2010 standards contain elements not in the 1991 standards, including swimming pools, saunas and steam rooms, play areas, exercise machines, golf (and miniature golf) facilities, amusement rides and recreational boating facilities. Those elements aren’t subject to the safe harbor exemption. Public accommodations must remove architectural barriers to these items when it is readily achievable to do so.

The ADA defines “readily achievable” as modifications that are “easily accomplished” and that do not require “much difficulty or expense.” Of course, these terms are subject to interpretation, and also can vary based on the size of a business and its available resources. For example, a hotel must determine whether it is readily achievable to make its swimming pool accessible by installing a lift, a sloped entry or both.

ADA requirements may seem confusing at first blush, but with good sleuthing skills and access to the federal government’s ADA website just a click away, any questions can be answered quickly and easily.

The information contained in this publication is intended for general information purposes. No representation is made that the information or references are complete or remain current. Click here for Grainger's full legal disclaimer.