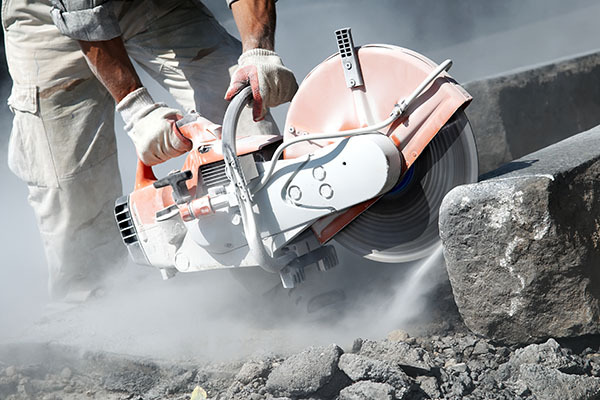 The term “silica” broadly refers to the mineral compound silicon dioxide (SiO2). Although silica can be crystalline or amorphous in form, crystalline silica is more hazardous to employees and is the focus of this document. Crystalline silica is a basic component of the Earth’s crust and can be detected in soil, sand, granite and many other minerals. While most commonly found in the form of quartz, it is also found in substances such as cristobalite, tridymite and tripoli. Breathing crystalline silica dust poses an occupational health hazard and can lead to severe health problems and even death.

In March 2016, the Occupational Safety and Health Administration (OSHA) issued a final rule to control exposure to respirable crystalline silica. The rule is comprised of two standards: one for Construction (29 CFR 1926.1153) and the other for General Industry (29 CFR 1910.1053) and Maritime (29 CFR 1915.1053). The Maritime and General Industry standards are exactly the same but differ from the Construction standard. The key difference lies in qualifying the level of crystalline silica workers are exposed to. The General Industry/Maritime Standard requires the employer to perform air monitoring to determine the eight-hour average exposure level for each affected job task. Employers governed by the Construction standard can either use a control method spelled out for common construction work tasks or perform air monitoring as detailed in the General Industry/Maritime standard.

Both the General Industry/Maritime and Construction standards are effective June 23, 2016, and industries have one to five years to comply with most requirements, based on the following schedule:

Crystalline silica exposure has been linked through epidemiologic studies to chronic obstructive pulmonary disease such as bronchitis and emphysema. It has also been linked to immunologic disorders such as scleroderma, rheumatoid arthritis and lupus in addition to renal disease and stomach or gastric cancer. However, the most prominent disease linked to crystalline silica dust exposure is silicosis.

Silicosis is a preventable yet incurable disease that causes scar tissue to build up in the lungs, leading to a reduction in the ability to take in oxygen. Respirable crystalline silica dust particles pass through the tracheobronchial tree of the lung and collect in the deepest recesses of the lung, called the alveolar structures. This accumulation leads to a significant decrease in lung function. There are three types of silicosis:

Because of the severe side effects resulting from crystalline silica exposure, OSHA has significantly reduced the permissible exposure limit (PEL) to 50 micrograms per cubic meter of air ( g/m_) averaged over an eight-hour day and introduced a new action limit of 25 g/m_ in the standard.

When engineering/elimination controls are not feasible or practical, the second and third lines of defense can be used to help control the crystalline silica exposure hazard. The second line of defense is administrative controls, such as employee training, awareness (signage), ensuring that employees work in an area where they will not be exposed to crystalline silica, or written programs and policies. The third and last line of defense to be considered is personal protective equipment (PPE). Some examples of PPE are air-purifying respirators and filters, supplied-air respirators and accessories, and protective clothing.

OSHA states that it is important to consult a competent industrial hygienist or other technically qualified person when determining the engineering controls to be used or when collecting air samples to quantify worker exposure. Methods for collecting air samples are outlined in the new crystalline silica rule, 29 CFR 1910.1053 Appendix A.

Q: Why is OSHA issuing a new crystalline silica rule?

Q: Can I use a disposable respirator for protection during abrasive blasting?

A: Disposable filtering facepiece respirators (dust masks) will not protect the worker from crystalline silica exposure during sandblasting. Effective engineering controls such as substitution, automation, enclosed systems, local exhaust ventilation and wet methods should be used. In addition, a properly operated and maintained approved abrasive blasting respirator may provide adequate protection to the wearer.