How to Choose the Right Plumbing Pipe 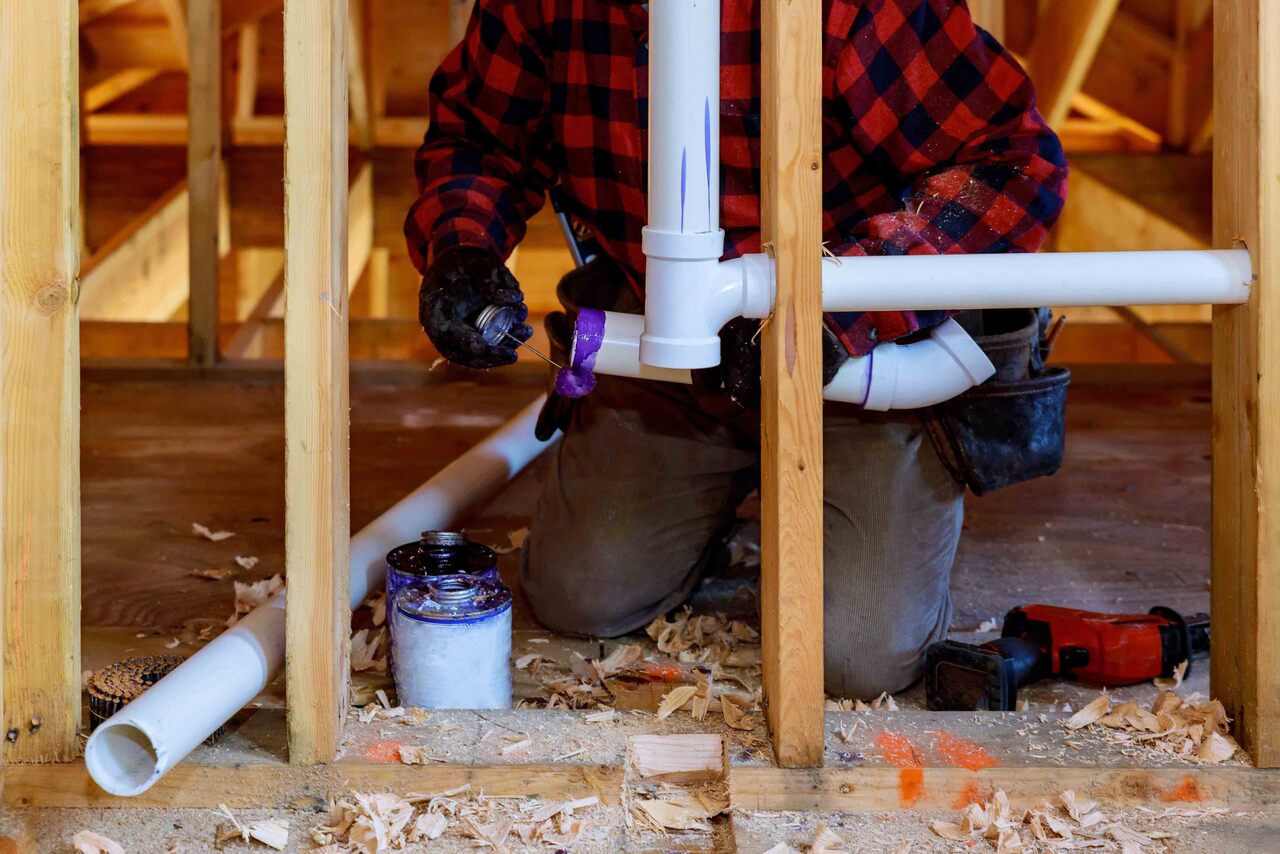 It's important to choose the right pipe for any remodel, renovation or repair job. There's no one-size-fits-all solution. Many types of plumbing pipe are widely used today, and each has advantages and disadvantages in different applications. Among the most popular choices for plumbing pipe today are copper, PVC and PEX pipe.

To figure out what kind of pipe you need, start by thinking of where the pipe fits into the building's plumbing systems. There are two basic plumbing systems in a building:

For each of these systems, there are different materials of choice today, which are listed in the chart below.

For the DWV system, the materials of choice today are PVC pipe and ABS pipe. These rigid plastic materials are favored because they're inexpensive, lightweight and not subject to corrosion. PVC and ABS have similar characteristics, but ABS is usually black while PVC is usually white. For DWV applications, pipes that are not rated for pressure are often used.

Historically, other types of pipe have been used for DWV systems, most notably cast iron because of its crush strength, but today these materials are used less frequently because plastic pipes are cheaper, easier to work with and can last as long or longer.

Copper pipe has been a standard choice in water distribution systems for decades because of its light weight and ability to resist corrosion. However, the cost of copper has risen dramatically over the years, and professionals have looked for alternate materials.

What about PVC? It's one of the most common types of pipe in general plumbing systems, but PVC is not able handle water at the high temperatures that water heaters can produce. PVC is generally not approved for temperatures above 140° F. Because of this limitation, there are usually building-code restrictions on where it can be used. One place that you'll commonly see PVC is leading away from drains into the DWV system.

Among the first plastics to be widely used to distribute heated water in homes and commercial applications was CPVC, which was introduced during the 1960s. CPVC is similar to PVC, but the addition of chlorine to the structure of the plastic makes the material suitable for higher temperatures. CPVC can typically be used in the same places copper pipe is used.

In the 1980s, PEX pipe was introduced to the U.S. market. Unlike CPVC, PVC and ABS, which are all rigid, PEX is a flexible plastic. This means it can be accommodate wide-radius turns without a joint. It's particularly handy for retrofits or remodels that involve running new pipe through ceilings and floors.

PEX pipe also allows unconventional water delivery system design. Traditional rigid plastic or metallic pipes typically use a trunk-and-branch design in which a larger-diameter trunk pipe distributes water throughout the building, with short, smaller lines branching off to feed each fixture. PEX can be installed the same way, but it can also be installed using a manifold design, in which longer, small lines run directly between each fixture and a single manifold, usually located near the water main. Any of these individual lines can be shut off at the manifold if necessary, and the system also usually delivers hot water faster, and it can deliver water at higher pressure when there are fewer sharp turns.

For these reasons, PEX has become an extremely popular choice for water delivery systems, though copper is also still used, as is CPVC.

Choosing Between Copper, PEX and CPVC for Water Distribution

The table below compares some of the advantages and disadvantages of PEX, CPVC and copper plumbing pipe for water distribution systems.

What About Other Pipe Materials?

While PVC, CPVC, ABS, PEX and copper pipe are the most widely used choices for installation and repairs in homes today, it's useful to understand the characteristics of some of the other pipe materials you may encounter, especially when working on older construction.

Finally, whether you're repairing old pipes or installing new plumbing, it's important to consult local building codes to make sure you're choosing materials that are compliant in your area.

Q: What's the difference between schedule 40 PVC and schedule 80 PVC?

A: "Schedule 40" and "schedule 80" refer to different standards developed by ASTM International. These are the main differences between schedule 80 PVC and schedule 40 PVC: