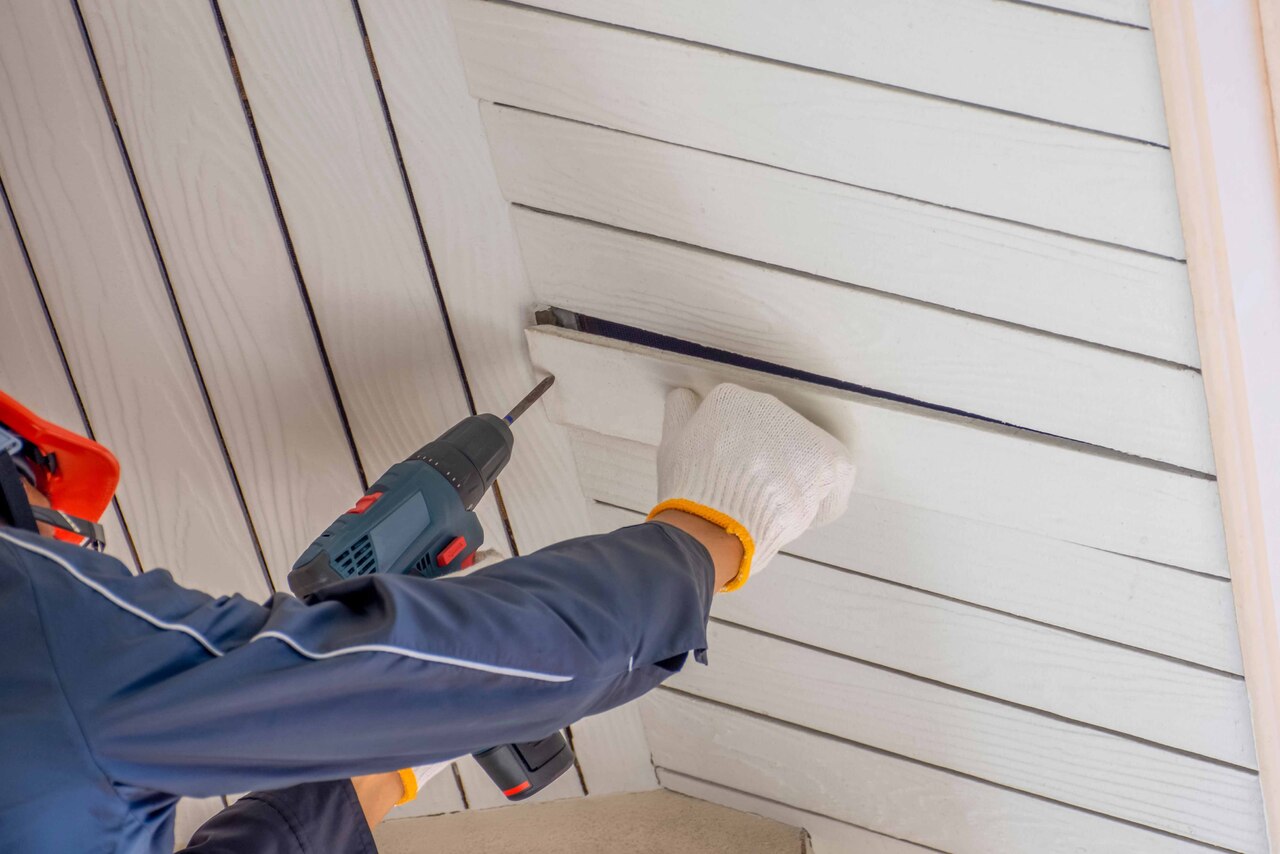 An impact driver and drill/driver placed side by side will appear similar. In fact, one could easily be mistaken for a smaller version of the other. But to anyone who has used both tools, there’s a world of difference in how these tools feel and are used.

The key to a cordless impact driver is torque. The impact driver has a strong power-train system that delivers up to 1,350 inches per pound (in/lbs). The hammer and anvil power train is made up of its two namesake components. The motor-driven, spring-loaded hammer rotates against the anvil and strikes the sides of the anvil, which turns along with the hex chuck holding the bit. Striking at 3,200 blows per minute (BPM), this action is the driver behind the tool’s high torque output.

A drill/driver powers a constant 550 in/lbs of torque at about 1,500 rotations per minute (RPMs) with permanently engaged gears for high-speed hole drilling or driving simple fasteners. To deliver direct torque in larger fastening applications, a drill/driver requires the user to brace the tool or use a side-assist handle to help prevent it from rotating out of control. In these situations, especially after heavy use, most users will experience fatigue in their arm or wrist.

In the case of an impact driver, internal mechanics help prevent torque from reflecting back into the user, an action commonly known as torque reaction. The impact driver traditionally requires less effort and only one hand to control.

Since the weight of any tool over an extended period of time is enough to tire any user, keep in mind that on average impact drivers are nearly 50% lighter and 35% smaller than drill/drivers.

Whether installing duct work, light-gauge steel framing, electrical boxes, concrete anchors or deck screws, many contractors who no longer use their drill/driver as the go-to fastening tool appreciate the power and comfort of an impact driver. Impact drivers are also effective in awkward or hard-to-reach spaces, such as when installing cabinets. In a pinch, the impact driver also offers a solution for drilling a few holes less than an inch in diameter. But for multiple larger diameters, drill/drivers are better.

When working with hole saws, large diameter spade bits, auger bits or other large-diameter boring accessories, drill/drivers provide the constant speed and torque required to allow these bits to more efficiently cut through material. HVAC contractors, carpenters, electricians and plumbers look to these tools to drill holes for venting, lock installation or for feeding wire, or to use step drills for connectors or self-feed bits for running copper pipe. Due to the higher torque at lower RPM ranges, drill/drivers can also be used to mix substances such as concrete, mud and paint.

Next to performance and functionality, the way a tool feels in hand is an important purchasing consideration. Good ergonomic design helps reduce user fatigue, and as a result produces a better outcome. Tool weight and balance, materials used and overall design play an important role in tool performance. A soft-grip handle alone may be the difference between an often-used power tool and one that lands at the bottom of the tool box. Here are some other things to consider:

For impact drivers, the highest torque-rated tools will offer the best fastening performance. Features such as soft grip and variable-speed triggers provide added control for many applications, especially those that may not require as much torque. Most models come with an LED light for working in dim environments. Make sure it’s trigger activated, so it doesn’t drain the battery if accidentally engaged.

In the case of drill/drivers, look for a tool with a heavy-duty all-metal gear box and steel-reinforced collar, a fast and powerful motor, dual speed capabilities (high and low) and a multi-position clutch. A shock-absorbing outer housing and one-piece power train will help prevent against damage in the event the tool is dropped.

Grainger offers a wide selection of drill/drivers and impact drivers for your needs.