Why Portable Vehicle Barriers Should Be Part of Your Security Program 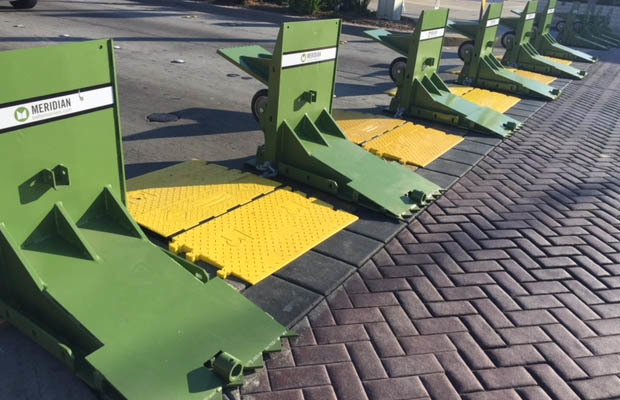 In recent years, several devastating vehicle attacks on pedestrians have been carried out in large cities, where sidewalks overflow with people. Owners and facilities managers at high-traffic areas like universities, arenas, festivals, and energy plants need to stay up-to-date on the latest security solutions. And vehicle barrier systems have emerged as a primary safety solution at entry points, roadways, and perimeters.

The challenge with traditional vehicle barriers is that no one wants permanent concrete barriers running parallel to streets and surrounding every building. As Amanda M. Burden, chairwoman of the City Planning Commission told the New York Times, "The problem is finding solutions that blend protection and a little street aesthetic." Aside from the fortress-like imagery, concrete barriers limit the flow of pedestrians and have prohibitive installation costs. They can also create shrapnel-like debris from the impact that can injure pedestrians.

Portable vehicle barriers are a more affordable and visually attractive solution to mitigating vehicle attack damage. They can be set up and taken down in minutes—without the need for heavy equipment or electrical power—and subsequently removed and stored. The barriers also do not inhibit pedestrian flow and can be deployed only when needed, during a scheduled sports or entertainment event, for example.

Portable barriers are also less obtrusive than installing concrete barriers or bollards. Case in point is New Orleans’ annual Mardi Gras parade, which brings more than 40,000 attendees along its four-mile route through the city. Portable barriers were deployed in the city center of New Orleans for the most recent parade; they were painted canary yellow and allowed free pedestrian flow and emergency vehicle access through the streets, while providing a solid perimeter to unwanted vehicles.

The barriers were made by Meridian Rapid Defense Group, a Pasadena, California-based global manufacturer and distributor of portable anchored and unanchored anti-vehicle barrier systems. “[For Mardi Gras] we customized the barriers with colors that aligned with the festival’s themes, so they were not distracting or unpleasant to look at,” said Peter Whitford, Meridian’s founder and CEO.

Recent horrifying events have prompted the need for a wider range of effective vehicle barriers and safety strategies. In fleeing the Las Vegas attack in 2017, some of the outdoor music festival attendees had to climb over low perimeter fencing erected to maintain crowd control.

“Unfortunately, when this type of fencing is interlocked, it affects the free flow of pedestrians, causing difficulties in the event of the need for rapid evacuation,” said Whitford. “And they won’t stop a vehicle. They’re suitable only for basic crowd control.”

The fencing at theRoute 91 Harvest music festival, which resembled a bicycle rack, was also not engineered to provide a means of physical protection from flying bullets. Meridian's Archer anti-vehicle barriers are made from engineered steel that is ballistic rated to 50-caliber NATO rounds, meaning pedestrians can crouch behind them for protection during a shooting.

An alternative in many cities is the use of fixed or retractable bollards, those short, thick posts used to divert traffic from an area or road. But most bollards are not engineered to stop a vehicle without attendant loss of life. The steel pylons will halt a rampaging truck, but the vehicle may shatter and can spread shrapnel across up to a 30-foot range, according to Meridian.

Meridian initially was a provider of barriers to the U.S. military, which was in the market for rapidly deployable perimeter security. But its technology has evolved to meet the safety needs of today's private facilities, event spaces and public markets. Meridian adapted its rapidly deployable military barricades into the Archer 1200 Advantage series of portable, modular and flexible barriers.

“We don’t want our barriers for commercial use to convey the image of a war zone,” said Whitford. “So we paint them to blend in with the `scenery.’ For instance, the barriers for Cincinnati Bengals football team are painted in the team’s orange color and are adorned with its logo."

Paint schemes aside, the four-feet by three-feet barriers are certified by the DoD in the U.S. and meet the PSA68 standards in Europe, and can stop moving vehicles within 7 feet of impact. By spacing the barriers across a perimeter, people can walk or bike between them (although, if desired, event organizers can bolt or cable the barriers together). And although each barrier weighs 700 pounds, no heavy equipment or hydraulics is needed for its deployment. “A 7 year-old can roll it rapidly into place,” Whitford said.

Following an impact with a vehicle, the barriers are non-lethal to drivers and cause minimal debris, reducing overall loss of life. They’re also virtually indestructible and 100 percent reusable after impact, backed by Meridian with a lifetime guarantee.

Meridian is just one Grainger supplier which provides a variety of vehicle mitigation and crowd control barriers. Given the sharp uptick in the number of terrorist incidents involving vehicles, no heavily populated public gathering is immune to an attack. Preparation—including mitigation barriers that can be deployed at a moment’s notice—has become crucial. 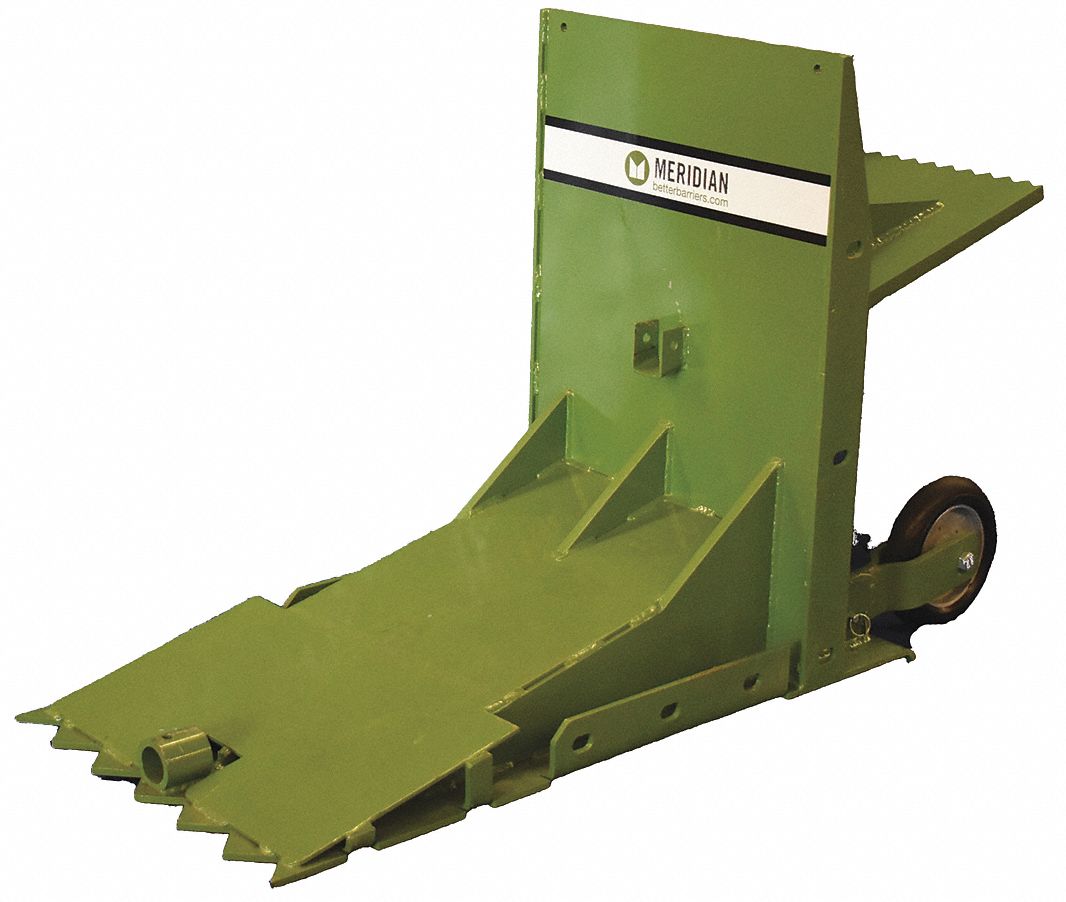