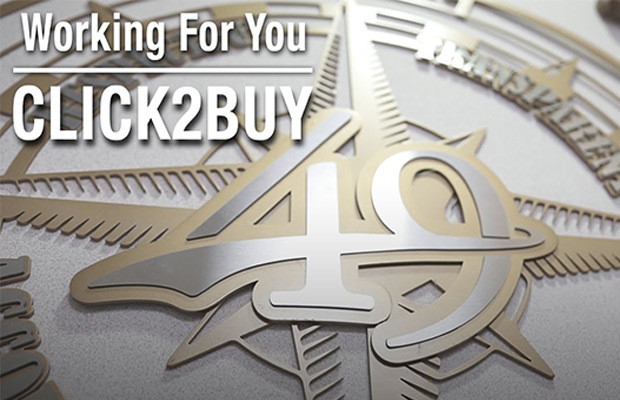 District 49 in Colorado Springs had already been dealing with operational challenges between maintenance and procurement when they got the news that their full-time warehouse position was being eliminated due to budget cuts. According to Jack Bay, Chief Operations Officer for District 49, the fallout from losing the position was a disaster, “We had what was basically a free-for-all, people purchasing from vendors that weren’t pre-approved, and they were purchasing items that didn’t meet specifications or particular needs—everything was basically just a one-off order.”

Without centralized oversight of procurement for District 49, each building manager was left to his or her own devices when it came to making purchasing decisions, leading to inconsistencies between buildings, workflow confusions and budget waste. According to Jennifer Kiggens, Executive Administrative Assistant to the Chief Operations Officer for District 49, the lack of centralized process led to wasted hours and major spending discrepancies, “We’d just see invoices and purchasing orders after the fact, which was not ideal, especially when you’ve got audit teams that want to understand why School A paid 30 percent more than School B for the same item.”

In addition, the paperwork was a nightmare without a central procurement platform, “My poor administrative staff might have had to hunt down fifteen different people to confirm a single purchase or track an order, and that’s not even considering what a major problem it would be when someone would lose a receipt. More often than not, the person who lost it would just end up having to make up the difference themselves out of pocket. That’s not ideal.” Even though Bay’s staff had an established workflow, they nonetheless faced an overwhelming amount of process, with lost invoices and receipts being a particular pain point.

Bay knew that District 49 had to make a change. He started vetting procurement solutions with the goal of finding a solution that would streamline process, centralize oversight and save site managers time and money. In Bay’s own words, “Really, the business decision came down to one thing: trying to get a handle on the chaos that came after losing that position—to be able to get the work done in a non-chaotic way.”

With a background running his own general contractor business, Bay was familiar with the market when he began exploring procurement solutions for District 49. It didn’t take him long to realize that the Click2Buy® Direct integration on the SchoolDude platform was exactly what they needed, “We could, in one place, cross-reference receipts to work orders and purchase orders to tell the story of the work that we’ve done. That was really what led us to realize this was something we had to have.”

The most notable result, according to Kiggens, has been the streamlining of workflow and time savings across departments, “Before we switched over to Click2Buy Direct, I would say that the entire procurement workflow touched hundreds of people. Now that we’ve made the transition, the building manager is the end customer, and it’s automatically charged to the right budget code and delivered directly to his school. I can’t overstate how much time it’s saved across departments.” Bay had a more exact sense of the aggregate time savings, “All of a sudden we were looking at some pretty considerable savings: 4 hours per day across positions over 261 days – roughly half of an individual’s salary. That’s on top of the fact that we didn’t need the warehouse position anymore.”

But raw time savings weren’t the only benefit that District 49 saw after the transition. Both Kiggens and Bay have seen quality-of-life improvements in the day-to-day lives of the district’s building managers. “I’ve been hearing a surprising amount of ‘Wow! I didn’t realize it was going to be this easy!’ from folks who have a fear of the computer screen and complicated interfaces,” said Bay. Kiggens had another example, “At the end of the school year, a building manager can literally walk through his school on his phone or tablet and do his ordering as he’s walking on a single purchasing code. Before Click2Buy Direct, that would’ve taken hours to coordinate the purchasing with budget codes. Now he just makes the order and moves on. Doesn’t get any more painless than that!”

Now that District 49 has implemented Click2Buy, they’re looking to start measuring their success. Bay is especially eager, “It’s given us the power to have budgetary metrics in a way we’ve never had before, and that information will be available five, ten, twenty years down the road, and that will be amazing for us.”

Click2Buy Direct helped District 49 gain efficiencies by combining work order management, the purchase of supplies and inventory management into one comprehensive solution, saving them time, money and inventory space. Instead of burning countless hours on administrating the procurement workflow, District 49 has been able to reassign those hours to making other improvements to operations—all while saving 4 hours per week in labor costs and the cost of an entire full-time employee.

Are you ready to implement Click2Buy to save on time, money and headaches? Click here to get started today!