3 Trends in the Power Tools Industry 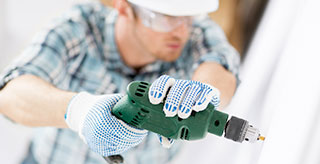 Power tools have long been convenient resources for various industries, aiding workers from all sorts of disciplines. With special features like electric motors, power tools help eliminate strenuous, manual labor. In what had begun as a poor decade in terms of power tool sales, financial stability within the construction and automotive industries is giving way to new innovations in the tool market.

In their domination of the tool market, power tools are seeing exciting trends and innovations emerge—with new models of existing tools and some entirely new instruments. Here are some of the trends driving the power tools market today:

With the growing prevalence of cordless power tools, long battery life is just one of the many qualities that complement these devices. Therefore, another change in the power tools market is underway, that of lithium-ion batteries, replacing Nickel-Cd or nickel-cadmium powered tools as well as nickel-metal hydride powered tools. A lithium ion battery is smaller and more lightweight than its counterpart and has no self-discharge, allowing it to be stored for months while keeping its life. Lithium ion batteries also offer a higher energy density, or Watt hours in a smaller package size, making them more efficient. This allows the battery to draw more current and work longer than the Nickel-Cd variety. The average Lithium ion battery maintains a useable charge for 12 months, while the NiCd dies after only a few months. There are hundreds of batteries that employ lithium ion, all of which have different voltages and capabilities.

In addition to the sales increase for existing power tools and battery switches, new products are also trending in the industry. Companies have been implementing research and development (R&D) efforts in order to bolster tool strength and life span. For example, one of the biggest power tool manufacturers, Dewalt, of the Stanley Company, recently released a new innovation called the Flexvolt™. This is a battery that automatically changes its voltage with each tool it is used with; the first of its kind in the world to do so.

Milwaukee has been leading in cordless development, with the release of the 9.0Ah battery packs, which feature a type of lithium ion battery. This battery has a 5 times greater run-time than standard lithium batteries. It maintains about 35% more power while in use in heavy applications. This type of battery relies on low-impedance, high-power cells. It also recharges quicker than conventional Lithium ion batteries.

There have been developments within grinding tools through Matabo, a German-based power tool manufacturer, that has made headway with a new collection of flat head grinders. These grinders have a small head design that makes confined spaces and narrow angles of up to 43 degrees accessible. This flat head angle grinder makes metalworking in tight angles a safe choice as opposed to previous flat head grinder models. Efficiency is a major factor in product development, especially in the Matabo case, wherein the new grinders include a 75% longer battery run time.

The power tool market is on the rise, and there are four leading manufacturers that earn almost half of the global power tool market revenue: Robert Bosch of Germany, Emerson Electric Co. of the UK, Makita of the U.S. and Stanley, and Black and Decker of the U.S. In addition to these four companies, there are other major power tool manufacturers across the globe that play a role. This, in part, springs from the growing demand of power tools worldwide. In the U.S., the demand for power tools in U.S. dollars rose from $3.5 billion in 2011 to $4.6 billion in 2016. On a global level, power tool demand is forecasted to rise at 4.8% per year to reach $32.9 billion through 2018. With an upward demand on an international scale, more manufacturers will enter the market and compete with the major players, which may contribute to upticks in innovation.

The product statements contained herein are intended for informational purposes only. Such product statements do not constitute a product recommendation or representation as to the appropriateness for a specific application or use. W. W. Grainger, Inc. does not guarantee the result of product operation or assume any liability for personal injury or property damage resulting from the use of such products.