How did we ever get by without cordless power tools? Many younger skilled workers never had to try. However, most veterans of the workforce can tell you stories about the problems of dealing with power cords and pneumatic air hoses. In addition to mobility, today’s cordless tools are safer to use because they reduce tripping and shock hazards. A recent report by the National Council on Compensation Insurance, Inc. (NCCI) said their use is one of the top reasons for declines of workers compensation claims in recent years. 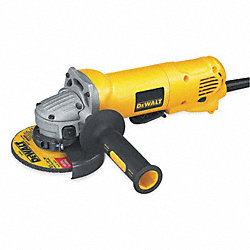 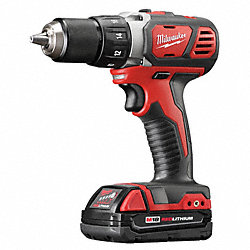 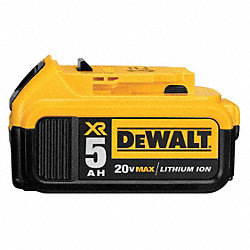 The first big development in battery technology occurred in the early 1970s with the commercialization of nickel-cadmium. Previously, the majority of batteries were lead-acid, which was heavy and didn’t lend itself well to portable tools. With the commercial acceptance of nickel-cadmium, batteries were smaller, more energy-dense and less expensive. However, nickel-cadmium batteries created environmental concerns when it became evident that cadmium was difficult to dispose of safely. To solve these problems, manufacturers developed an alternative battery chemistry known as nickel-metal hydride.

Although nickel-metal hydride batteries were easier to dispose, they were significantly more expensive. The cost of upgrading to the new battery chemistry was too prohibitive and mainstream adoption was never fully realized.

The first lithium-ion power tool platform was introduced in 2005. Since then, every major power tool manufacturer has launched its own lithium-ion power tool system. With the introduction of new lithium chemistries like lithium-cobalt, lithium-manganese and others, batteries are now capable of handling applications with higher current draws, making it more feasible to use cordless tools in demanding industrial and construction workplaces.

Lithium-ion batteries last longer and are far less susceptible to voltage depression, common in nickel-cadmium batteries. Known as “memory effect,” voltage depression occurs when a battery exhibits a decreasing charge capacity over time, caused by placing a battery on a charger before its charge has been completely drained or taking it off the charger before it is finished charging. The battery then “remembers” its charge level and recalibrates itself, decreasing charge capacity.

However, nickel-cadmium batteries remain competitive because they cost an average of 50 percent less than lithium-ion batteries. Customers often find it difficult to make the switch because upgrading means investing in an entirely new platform – buying new batteries, new chargers, and in some cases, even new tools.

Some manufacturers are addressing this issue by developing “smarter” batteries and chargers. Some of the most advanced power systems on the market now feature batteries with integrated microprocessors that sense battery condition and communicate to the charger. The charger “reads” the battery and optimizes its charge based on the information it receives, improving battery performance and longevity.

Some manufacturers now produce chargers with “renew” capabilities, as well. These chargers force the battery to completely discharge and recharge every time, giving the battery a deep cycle refresh and restoring it to like-new condition. The charger also calibrates battery electronics. For nickel-cadmium batteries, this feature eliminates memory effect, significantly extending usable battery life and decreasing the number of replacement batteries over the life of the tool.

However, with a stem pack design, battery weight rests on the battery clips, causing it to eventually fall out with normal wear and tear. Slide packs address this problem by implementing slides on the bottom of the tool housing to hold the battery. The disadvantages of this design include larger batteries and dead space in the tool handle.

In addition, although the battery securely locks into place, battery weight is at the bottom of the housing, causing them to break easily when dropped. The twist pack utilizes the best of both interfaces by fitting into the handle and twisting until locked into place. This twist-lock design spreads the weight of the battery evenly and takes advantage of dead space in the handle.

The Future of Battery Power

Battery technology will not stop at lithium. Manufacturers will also continue to develop new chemistries that are more durable and efficient. Battery capacity will continue to increase, expanding amp-hours while decreasing size.

However, the biggest hurdle for new technology to overcome is still cost, as batteries make up about 50 percent of the total cost of a cordless tool system. Until manufacturers find a way to make it affordable for customers to upgrade to new technology, the market will continue to adopt slowly.